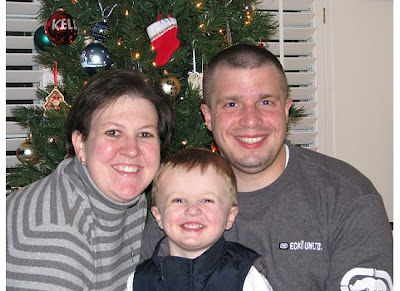 The blog where David Sherwin reflects on his reason to run...

Random thoughts were steaming through my head as I ran the last eight miles of the JFK50. I wondered what it was going to be like when I finally stopped running. I wondered what I would do when I saw my family.  I wondered what I would say to my friend who is battling cancer when I told her that we ran a good race. My toughest miles that day were along the C & O Canal Towpath. Even as I struggled, I knew that my friend was competing in a tougher fight. It was through my friendship with her that I learned about The Ulman Cancer Fund for Young Adults and I found a reason to run.

I started running in 2003 when my doctor told me that the best thing I could do was lose those extra pounds I had gained over the last couple of years. I soon started walking and eventually tried to run. My friends supported my fitness efforts and told me that I should sign up for the Race for the Cure 5k. I knew that I would not run the whole race, but I wanted to support a great event. I walked and ran my first 5k and crossed the finish line having a new goal. I challenged myself to run a full 5k.

I put together a plan and started to train. The first time I ran two miles without stopping I could not believe it. I was tapping in to a new experience and it felt great.  when race day came I was ready and ran the entire distance. I was hooked. Within a year I had run more 5ks and signed up for a 10k. Soon I signed up for the 2005 Baltimore half-marathon. The training was tough, but I finished the 13.1 miles. I ran a variety of distances over the next couple of years. In 2008 I was turning 40 and I was ready for a new challenge.

An ultra marathon is a race that is longer than a marathon (26.2 miles). They are typically run on trails somewhere in the woods. I used to laugh at the people who ran these races. However, that year I ran my first 50k ultra marathon. I ran that race to prove something to myself. I wanted to prove that I could do anything that I set my mind to. I finished the run and experienced an unbelievable feeling of accomplishment.

Early in 2009 I was toying around with the idea of running a 50-mile race. I was hesitant because of the distance and the amount of time required to train. It seemed selfish to spend that much time doing something just for myself. However, over the course of one weekend it all came together.

I met my friend at work. I really enjoyed spending time with her because she was not like everybody else. I admired her drive and her nonconformity. She always motivated me to be myself and not sell-out to any corporate idea of what success meant. I always left our time together feeling powerful. One day she told me about her fight with cancer. I could not believe how strong she was even as she fought something so difficult. She was in the ifht and it was through her I learned about The Ulman Cancer Fund for Young Adults. She eventually left work and I did not see her as much. We still met up from time to time and she motivated me to do more than what someone else laid out in front of me.

One Saturday last spring, I went to her birthday party. The house was filled with friends and family members who were all there to support her. She had been in the fight for some time now, but she still had that way of making me want to do more. The party was one of those powerful events that left you feeling like there was so much more to life than what you thought about every day. The next day I went for a run in the woods. On the run I thought about her. Somewhere during those 10 miles, it all came together in perfect vision. On that day, I decided to run the JFK 50 mile in order to honor my friend and raise money for The Ulman Cancer fund.

I checked with my friend to get her blessing and shortly after I set up a fund raising web page through Ulman. I began telling my friends, family, and coworkers about my 2009 mission.Throughout the spring and summer I began collecting dollars and racking up training miles. I kept my friend up to datee with my progress and I thought about her fight and time I got tired of running. My favorite training run was the day I ran 30 miles from my home up to the battlefield in Gettysburg. 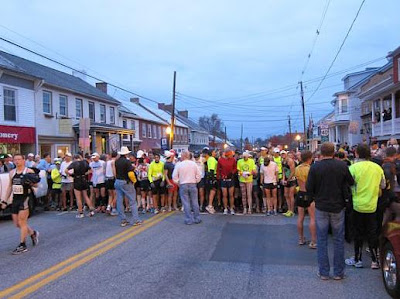 The 2009 JFK 50 was held November 21. By race day I had raised almost $1,500 for Ulman and had run over 1,100 miles training for the race. I was nervous that morning, but knew that even if I had to crawl I would finish the race. The course started in Boonsboro, covered the Appalachian Trail, crusied along the C & ) Canal towpath, and ended 50 miles later in Williamsport, MD. The race started at 7am. I began running.

My friend inspired me throughout the run. When I crossed the 50k mark I had run further than I ever had before. This was my toughest patch. My mind was telling me that I had never been so exhausted and that I should stop. At this low moment, I thought of my friend and all of the times she must have felt like this. My run was so insignificant compared to her fight. She had her doubts and fears, but she never quit. The last 19 miles would be run through uncharted physical and mental territory, but they needed to be run. Thoughts of cancer fighters and Team Fight gave me the strength to finish the 50 miles in 10 hours and 41 minutes. I called my friend after I hobbled back to my car. With a medal around my neck, I told her that we finished our run. 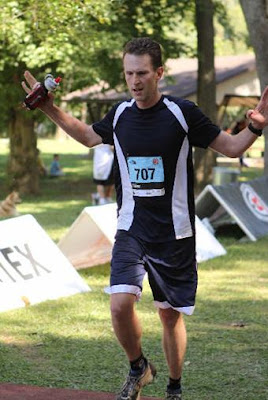 It is now 2010 and my first 50 miler is in the books. My friend continues her fight and I am thinking ahead to my challenge for the year. I learned a great deal while I ran last year. I learned that you are always capable of more than you think. I also learned that the distance and event are not the most important parts of the experience. The most important part is the reason you run. This is why I will continue to run and support The Ylman Cancer Fund.

The blog where Bec Wassner talks about sisterhood, cancer, and the UCF.

It was a huge honor to be recognized by the Ulman Fund at last Saturday's Blue Jean Ball.  My sister, Laurel, and I received the Fight award which "celebrates young adults whose lives have been touched by cancer and regardless of prognosis or outcome, have confronted the disease with purpose, grace and fight."  We've been representatives of the Ulman Fund since I picked up a water bottle with the UCF logo on it at the Columbia Iron Girl Triathlon in 2007.  Everyday, I used that water bottle at swim practice and would stare at the logo and think, I wish I had known about this organization 5 years ago.  After a few weeks, Laurel and I talked about the water bottle and decided to call Brock to find out more about UCF and to see how we could be involved.  From that initial phone call, everyone at UCF has been so supportive of everything Laurel and I have done and have helped us tell our story to thousands of people, with the hope that it would inspire people in the fight against cancer. 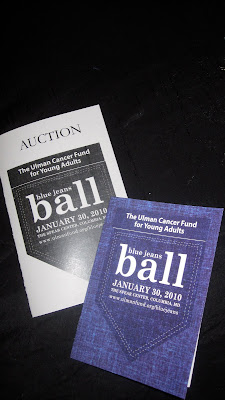 I've been a pro triathlete for 5 years and when I first started out, I'd meet people, they'd find out I had a sister and they'd say, "Oh, you have a sister, does she race too?"  I'd respond, "uh, no...she doesn't race" and leave it at that.  As time went on, I'd meet more people and they'd ask me about my sister and why she wasn't a triathlete too.  I'd respond, "well...she was sick for awhile," and change the subject.  Last year, when Laurel started racing, people would say, "I see that you have a twin sister and she races too."  My response: "yes, I do have a twin sister, she a pro triathlete AND she beat CANCER." 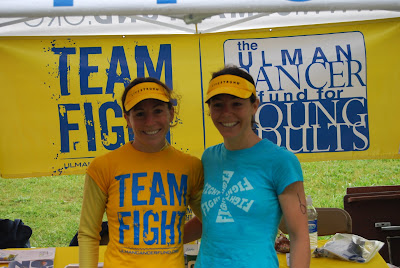 It wasn't until I started working with the Ulman Fund that I had the courage not to be ashamed of what Laurel and I went through.  The story of our cancer experience stayed within our Greenwich Village apartment.  It was too hard to talk about it and it felt like nobody understood what we went through.  But, now, with the support of UCF and the 70,000 young adults diagnosed with cancer each year, when I get to the starting line of a race, I know that I am stronger and more powerful because of my experience with cancer.  And, I know that through my actions, other people will be inspired to be strong and powerful and to fight. 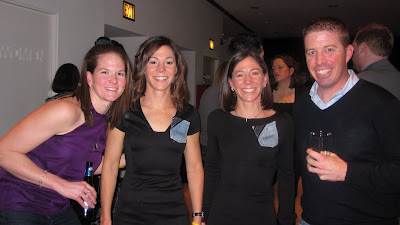 Thank you to the Ulman Family, Brock, Brian, Kelly and everyone at UCF for giving me the opportunity to be involved in the FIGHT to improve the lives of young adults affected by cancer.